Yesterday, I ran a variety of WordPress updates on a client’s site without giving them much thought. One of them, Yoast’s SEO for WordPress, is a trusty, reliable plugin that provides great functionality. It’s so trustworthy that I almost always apply the updates without even checking to see what’s new.

It just so happened that I was about to redirect a couple of URLs from this site to another domain belonging to my client. So, after I ran the updates, I went to the pages in question and opened the Yoast SEO meta box. Under the “Advanced” tab, the 301 redirect box used to appear below the “Canonical URL” box.

I couldn’t find it.

Mildly dismayed, I began hunting. I needed a quick solution to 301 redirect these URLs, and had, quite frankly, only recently come to rely upon the Yoast SEO plugin to do this. Previously, I had made great use of the Redirection plugin, which is easy to use, provides excellent functionality, but has a few drawbacks. In the interest of simplicity, I had decided I’d just use the functionality in the Yoast plugin so as to not bloat the site with too many plugins.

So… was my install of the plugin just not working properly? Had I forgotten where the 301 box had previously been located?

I opened up another site (I use the Yoast SEO plugin a lot), and checked. Sure enough… it was running the version prior to yesterday’s update, and the 301 box was exactly where I thought it had been.

So… I opened a support topic on WordPress.org.

Thankfully, as expected, someone from Yoast replied pretty quickly (as did quite a few other unhappy users of the plugin). Here’s what we now know, but which I did not know prior to asking for help:

If you’re like me and never bothered to keep track of the existing 301 redirects (why would you?), there is a way to find them. This, incidentally, might be a good idea. It’s not clear if (or when) Yoast will deprecate the functionality from their non-paid plugin so that even though you have previously added redirects, they will no longer work properly.

In any event, Liz Jamieson (AKA diywebmastery on the WordPress.org forums) published a blog post on finding your Yoast 301 redirects in the database. It takes a little bit of MySQL knowledge, but she’s given very clear instructions on exactly what you need to do.

Thanks for that, Liz! It’s very helpful! 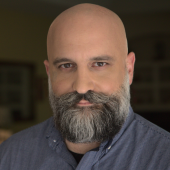 Why Breaking Up With Slack Is The Wrong Idea